Good afternoon from a chilly and damp Surrey.

This was a rather large earthquake for its area, wasn’t it….?

As I have been voicing for a while now… keep a close eye on the Azores Microplate region over the coming months. A VERY close eye…

More details on the event can be found at the following link:

Thank you Alvin for posting this update on the Bardabunga Volcano in Iceland. A huge amount of magma has moved so very, very quickly, with a number of potential scenarios being examined as a consequence.
I’m keeping an eye on the Azores Islands, by the way. ‘Why?’, I hear you asking. M3.2 and M3.6 affecting the Azores yesterday evening, Universal Time. Just keep a close eye on the Azores, that is all… 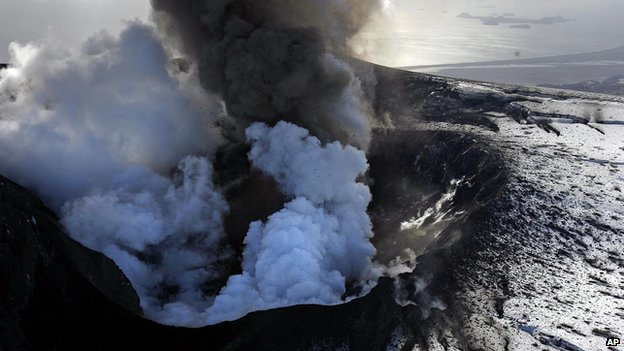 August 2014 – ICELAND – The magma from Iceland’s Bardarbunga volcano could be moving towards another large volcanic system. Data recorded by a team from the University of Cambridge suggests that 50 million cubic meters of molten rock has moved in the last 24 hours. If it continues on a northern trajectory it could feed into the Askja volcanic system, potentially triggering a large eruption. Prof Bob White said: “It’s headed straight for it.” But he cautioned that volcanoes were hard to predict. “It’s moving at about 4km a day towards Askja, and if it keeps going it will get there in a few days,” he told BBC News. “We know there is a lot of molten rock sitting under the ground beneath Askja, which is a major volcanic system. If this molten rock hits that, we know it is likely to trigger it to erupt. “But who knows, it…

This is a very interesting article… I can’t help but feel that scientific eyes should really be concentrating their focus upon the faultlines and volcanoes that lie beneath the slumbering old giant that is the Atlantic Ocean. The June 24th M6.5 Northern Mid-Atlantic Ridge earthquake – largely ignored by the Scientific Community yet quietly upgraded to a M6.6 shortly thereafter – and the continued Azores Islands tremors seems to suggest that the slumbering giant may be about to take a long overdue stretch…
Thank you Alvin for bringing this latest development to our attention.

August 20, 2013– ATLANTIC– Previously, oceanographers thought the Atlantic Ocean seafloor didn’t spit out as much iron as other regions. However, a recently discovered plume of iron billowing from the depth of the Atlantic Ocean suggests the seafloor may be pumping iron like a young Arnold Schwarzenegger. The oceanic iron cloud spreads for more than 1,000 kilometers (621 miles) across the Atlantic from west of Angola, Africa, to northeast of Rio de Janeiro, Brazil. The iron-rich waters flow 1,500 to 3,500 meters (4,921 – 11,482 feet) beneath the surface of the ocean. The complete extent and shape of the iron plume remains to be discovered. “We had never seen anything like it,” said Mak Saito, Woods Hole Oceanographic Institute scientist and lead author of the study, in a press release. “We were sort of shocked—there’s this huge bull’s-eye right in the middle of the South Atlantic Ocean. We…

Good evening from the beautiful county of Surrey.

At 10.04pm on Monday 24 June 2013, a M6.5 earthquake occurred along the equatorial region of the Northern Mid-Atlantic Ridge, located approximately 1250km north-east of Cayenne, French Guiana. The complete details can be found on the event page on the EMSC-CSEM website, noted immediately below for quick reference:-

The event, a considerably strong one for a divergent/constructive boundary, is one that was partially expected from this particular Surrey resident… because the location and timing was already identified during a Sisterly conversation over the recent May Bank Holiday weekend.

On 25 May 2013, my Sister stated that the earthquake would be located in an equatorial region of the Atlantic Ocean, would be considered innocuous – and would largely pass unnoticed by many within the immediate wider seismic community. She recommended that a cautious eye should be trained upon the post-event seismic activities of the Atlantic Ocean, expressing that the movement could cause ‘a shift’, potentially triggering another event within ‘a region between the Azores and Cape Verde‘.

I have mentioned in earlier blogs that, whilst I am certainly no great academic in many scientific matters, I had proudly obtained an Open University Stage One qualification in the subject ‘Volcanoes, Earthquakes and Tsunami‘ a few years ago. My Sister’s mention of the beautiful Portuguese islands of The Azores in the same breath as ‘shifts‘ and ‘earthquakes‘ has certainly piqued my interest, especially given the fact that the islands are located in a region with a quite remarkable tectonic and volcanic compositional dynamic.

This fantastic graphic from the Volcano Café Blog illustrates the location of the Azores Microplate, with the main grouping of the islands nestling against the Eurasian and African Plate boundaries. The Western Azores islands of Flores and Corvo are the only two to lay within the North American/American Continental Plate, with both resting very close to the Mid Atlantic Ridge. I would recommend reading the article ‘Monaco Bank: An Unstudied European Volcano‘ written by Volcano Café contributors, Lucas Wilson and Geolurking for a richer, in-depth explanation of the tectonic dynamics of The Azores.

I am aware that the archipelago of Cape Verde, the equally stunning islands located 350 miles from the coast of Western Africa within the cool waters of the central Atlantic Ocean, is volcanically active. The imposing stratovolcano Pico do Fogo, located on the southern island of Fogo, last erupted on 3 April 1995. There is also, I understand, a history of earthquakes on the archipelago but I will need to undertake a little more research in order to fully comprehend the precise mechanics responsible for the generation of the ‘quakes (i.e., if the earthquakes are volcanogenic in nature).

In the meantime, as my Sister has recommended, one will keep an especially keen eye on any activity related to these regions of the Atlantic. Research should prove to be very interesting indeed…