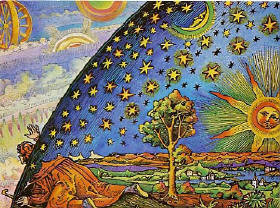 Good afternoon from a Sun-kissed Surrey.

During the early hours of yesterday morning, as the Sun stretched her arms of light across the Surrey skies in salutation of a new day, I posted my thoughts on an enlightening meeting of minds that spanned across a continent, sharing the video of the results with my many friends. One June afternoon, Dr. Simon Atkins and Robert Christian joyously delved through a veritable cornucopia of thought-provoking subjects, providing listeners with a delicious three hours of educational entertainment.

Dr. Atkins had promised that he was unafraid of ‘opening Pandora’s Box’, acknowledging that his opinions may well be considered tendentious. As can be heard from the interview, Dr. Atkins didn’t just cautiously prise open the lid – he positively blasted the lid over the horizon!

Before I attempt the basic explanation for the purpose of this blog, I wish to enter an immediate disclaimer. Whilst I am not an intellectual shirker, my knowledge of temporal mechanics is rudimentary at best. Weaving the magnetic threads into the fabric of temporal mechanics is also likely to present my fortysomething brain with a few obstacles. For these very reasons, I am unable to present a blog with a quality akin to a peer-reviewed scientific paper. So I’m going to go with the flow, floating down the calm water of thought that is the Stream of Consciousness.

Just under five years ago, my Sister revealed that our Planet had been undergoing the process that is Geomagnetic Reversal for a not inconsiderable number of years. There are evident signs that this is very well the case. For example, the Geomagnetic North Pole is on the move, meandering its way around various locations in the upper Northern Hemisphere(*1). Airports around the World have needed to redesignate runway co-ordinates to compensate for this movement (*2). Animal behaviour – specifically the behaviour of oceanic life dependent upon magnetics for directional purposes – has also been affected, with beachings in unusual locations becoming more commonplace (although one will note that the Military’s use of SONAR should not be ruled out whatsoever). Furthermore, our Magnetosphere is weakening, with NASA noting that our Planet’s protective barrier had weakened by 10% since the 19th Century(*3).

As dramatic as this all sounds, my Sister has consistently assured me that Geomagnetic Reversals do not equate to global catastrophe. Geomagnetic North and South Poles are wandering and will continue their meanderings until they finally decide upon a permanent move. My Sister has compared the speed of the switch as ‘comparable to the snapping of an elastic band‘. There will be no land-consuming mega-tsunami, no folding of mountains, etc. To quote my Sister, ‘there will be an abundance of auroras all over the World while the Poles are deciding where they are finally going to settle‘. That’s not to say that there won’t be effects on everyday life – there certainly would be. She has suggested a possible connection between increased volcanic/tectonic activity and magnetic instability. It stands to reason that our Planet would need to release the pressures incurred during particularly stressful transitional periods in its cycle – necessary for our Planet’s wellbeing… humans may not share that particular viewpoint.

In the main though, the resulting changes are likely to be considered consequential inconveniences; ‘it means people won’t be able to use Sat-Navs for a while‘, my Sister drily commented about six months ago.

Earlier this decade, my Sister asserted that magnetic portals existed at various energetic locations around our Planet, adding the fact that they frequently opened up to allow the two-way flow of certain energies. She also discussed the existence of ‘magnetic highways’ connecting our Planet to her brother/sister planets and, crucially, our Sun. Furthermore, she continued, certain global astronomical and militaristic administrations had been aware of their existence for a considerable number of years.

A July 2012 news release from NASA covered this very issue. NASA-sponsored University of Iowa researchers announced the discovery of X-Points or electron diffusion systems. Quoting from the article “Hidden Portals in Earth’s Magnetic Field‘(*4), “They’re places where the magnetic field of Earth connects to the magnetic field of the Sun, creating an uninterrupted path leading from our own planet to the sun’s atmosphere 93 million miles away.” Given the confirmation of the existence of these portals, it is not unreasonable to assume that similar interactions occur between Earth, the Sun and their neighbours and that our Solar System is connected to galaxies beyond the heliopause in a similar manner.

Is it also reasonable to assume that our magnetic field might not be weakening as such – i.e., the fields may actually be ‘stretching’ in preparation for the Reversal? In NASA’s 29 December 2003 article, ‘Earth’s Inconstant Magnetic Field‘, NASA revealed that computer model simulations indicated that our Magnetic Shield/Field does not disappear completely during a Reversal. The acclaimed Professor Gary Glatzmeier comments “It just gets more complicated.” The lines of force (portals?) become entangled with each other, multi-poles emerge within the field in the most unusual of locations whilst the Geomagnetic Field stabilises itself. Perhaps not so much elastic bands but bungee tethers, perhaps?

The reason I mention ‘stretching’ as opposed to ‘weakening’ relates to another Sisterly revelation. If I have interpreted her words correctly – my Sister indicated that the weakening of the Geomagnetic Field would also present humanity with some particularly unusual side effects. She commented that there would be increased incidences of paranormal activity – specifically in relation to what we label as hauntings, whether they be of an interactive or residual nature. She was careful to enunciate that only humans consider these sightings as hauntings. You see, she also categorically stated that ghosts and psychic phenomena do not exist as we understand them. Our current existence within this particular timescale is just an additional layer sandwiched in between many non-linear layers co-existing within the same temporal landscape.

To paraphrase my Sister: “… the best analogy is to think of your current timescale as a recording on a video tape. One would record a programme you wished to watch and then you could reuse the tape – which is magnetic, remember – record over this programme with another set of images from the television. The older the tape becomes, the more it begins to stretch and lose the capacity to hold one set of images. The magnetics of the tape itself also begins to break down and ghosting of previous images occurs whilst you’re watching the new recording. Bleedthrough of older images from past recordings becomes more frequent.”

Dr. Simon Atkins guested on Blogtalkradio’s Phoenix3333’s show on 19 June 2013 and discussed Paranormal abilities at depth. If I recall correctly, he explained that clairvoyance, clairaudience and clairsentience are the abilities to sense these energy spectrums within their appropriate layers – seeing, hearing and feeling these subtle changes. Furthermore, all human beings have these gifts – it’s just that we have been ‘taught’ that they are not real. Reminds me of a frequent Sisterly assertion – being that this current reality of ours is merely just an additional layer within this dimension – we, too, are ghosts in the machine. 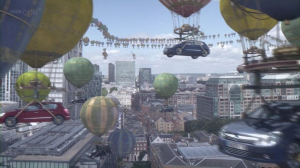 Musing upon the Videotape Analogy, one surmises that, as our Planet approaches the point of magnetic reversal crux, the Portals connecting us with the Sun and our neighbouring Planets will open more frequently, providing us with the energies required for facilitating the process. One even entertains the notion that we might witness scenes such as those shown in the 2011 Season 6 finale of ‘Doctor Who‘(*5) – in which the Doctor’s soon-to-be wife River Song changes a fixed point in time resulting in total and utter temporal chaos. As exciting a prospect as this may be, one will admit that the likelihood of such an occurrence is unlikely… besides which, this particular topic opens up another temporal can of worms – one which I will address in a later blog…